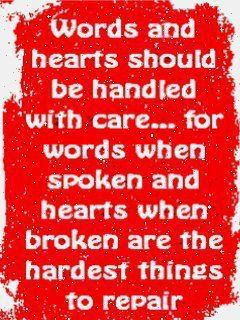 1/28/12
"In the end, we will remember not the worlds of our enemies, but the silence of our friends." Martin Luther King Jr.
1/20/12
Bullying does not just happen face-to-face. Students and young adults may also struggle with hurtful or embarrassing messages via text or online.
1/19/12 You are enough!
It is your choice how to react to what someone else says or does. You have the option to be strong. You can do it!

LIGHT p-ARTICLES BY Lee Domann
Fight Club
“Human history is not the battle of good struggling to overcome evil. It is a battle fought by a great evil struggling to crush a small kernel of human kindness. But if what is human in human beings has not been destroyed even now, then evil will never conquer.” -- Vasily Grossman Russian novelist
For over six months I’ve been plagued with carpel tunnel syndrome in my right wrist and arm. I play guitar for a living, so this is not good. A wrist brace and regular hand and finger exercises help, but haven’t healed me yet. I don’t know what will. I just know the condition doesn’t seem to be improving, even by following doctor’s instructions.

Since I think a lot about myself anyway, my wrist came to mind as I read an article in the Feb. 20 issue of the Charleston (SC) Post-Courier, “Boxing Teens Improving Self-esteem.” It was about a new “anti-bullying” program called Fight Club and is held at Title Boxing Club in the Kansas City area. It’s free to teens who are being bullied and those kids who want to stand up for kids they see being abused. The idea has caught on here in metro Charleston, where Debbie Garelli, owner of Carolina Karate in Mt. Pleasant, says they teach “anti-bullying” techniques in their regular curricula. She says, “It gives them self-confidence and teaches them tools they can use throughout their lives, self-value, self-worth…so they feel great about who they are.” I truly hope she’s right.

“I’m the champ,” a couple of kids call out meekly.

“No one better mess with me,” says one young girl.

I dunno. My wrist brace helps, but it doesn’t get to the root of my problem. I have an uneasy feeling my condition may be more complex than I want it to be.

Same with bullying. Efforts like those described above may be of some benefit to certain children, but they will not get at the root cause of bullying. In fact, an effort like this outside the context of an overall plan to change the culture of violence in classrooms, homes, and communities could even backfire. Perhaps, even be dangerous? What do you think?